HTML, which stands for HyperText Mark-Up Language, is the language for describing structured documents as well as the language used to create web pages in the Internet.

The language is based on an existing, international formatting standard SGML, Standard Generalized Mark-Up Language, which is used for text processing.

HTML is one of the three main components of the web alongside CSS and JavaScript, that are used to primarily develop web pages and web applications which run on web browsers like Chrome, Firefox, and Internet Explorer. All web applications use HTML because it is the only language which browsers understand and render on the computer screen.

A Way Towards a Worldwide Quantum Network

Getting Started with Web Development from Scratch 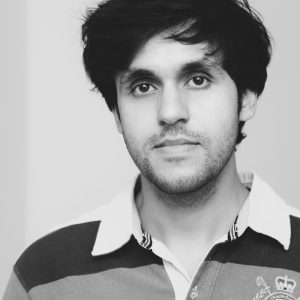 An Entrepreneur, Tech Evangelist, Developer & Multimedia Creator, Ashish Sharma is from Silicon Valley of India, Bangalore. He has been doing numerous creative works in different areas for many companies around the globe from past 15 years. Currently he is working at Foxena as CEO, where he spends most of his time crafting & working on awesome projects.